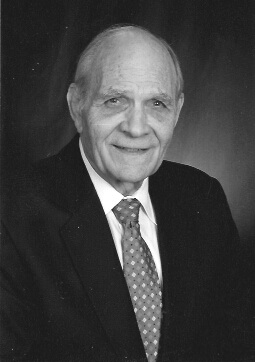 Dr. Larry White graduated from Hobbs High School in Lea County, New Mexico in 1950.  He played center and linebacker at University of New Mexico, having the distinction of being the first All-American football player from that university.  In 1952, the Lobos earned a 7-2 record despite not having a strong offense.  That year the Lobo defense was ranked number one in the nation, allowing 46 points the entire season with White on defense.

A well rounded student, Dr. White played oboe in the Albuquerque Symphonic Orchestra the UNM Symphonic Band while concentrating on his studies, graduating with a degree in biology.  Dr. White speaks of this with typical humor when he says, “People on the football team remember me as a great oboist and people in the orchestra remember me as a great football player.”  In those days, things were much different in the NFL as salaries were much lower than they are today.  The two time UNM All-American was drafted by the Chicago Cardinals of the NFL in 1954, but instead of pursuing a career in the NFL, he chose instead to attend Baylor Dental College in Dallas, Texas, earning his DDS degree in 1959.

Dr. White attributes much of his personal make up to lessons learned when he was a youth.  He grew up in Hobbs, playing center and linebacker on Coach Duane Fisher’s teams where the Eagles won two State Championships in 1948 and 1949 and went to the final again in 1950, losing to the Cavemen of nearby Carlsbad.  He also was a starter for Coach Ralph Tasker’s basketball teams.

Dr. White’s interest in the dental profession began with a painful extraction when he was 10, after the local dentist failed to numb the area.  A couple of years later however, he had a much more favorable experience with Dr. Jim Reynolds of Lubbock, Texas which led him to contemplate going into the dental field.

Following his graduation from dental school, he established dental offices in Hobbs, Roswell and Portales, New Mexico and branches in Denver City, Andrews and Seminole, Texas.  After practicing dentistry for a number of years, he returned to Baylor to earn an advanced degree in orthodontics from 1966 to 1968.  In addition to practicing orthodontics for many years, he established the orthodontics department at University of Texas San Antonio and has also served on the faculty at Baylor Dental School.

Dr. White credits many influential people as his mentors including his high school football coach Duane Fisher and Dr. Jim Reynolds.  Life lessons learned include being willing to submit to a team concept, learning to cooperate with others, having discipline and organization, learning to do the right things in the right way.  He firmly believes that psychological and physical preparedness can often overcome superior talent and that nowhere is this illustrated better than in team sports.

Dr. White’s honors include being named All-American two years at University of New Mexico, being inducted into the New Mexico Hall of Honor, being named by Sports Illustrated as one of the Top 50 Athletes of the Decade in New Mexico.  He and his wife currently reside in Dallas, Texas.

Copies of his book “Eagles Once Soared” may be obtained from the Lea County Museum in Lovington, New Mexico, and from Amazon.com.