Lords burg, New Mexico is the county seat of Hidalgo County which sits in the “Bootheel” area of southwestern New Mexico.  Its history includes having been settled by the Mogollon people from AD 150 to AD 1450.  Several generations of Indians resided there until the more recent Indian War years of the late 1800s, including the Apaches.  Being located on the site of natural springs, it became a natural stopping point for later travelers and settlers, including Mexicans and Anglos arriving from the eastern United States.

As were many other towns in the New Mexico, it was established by a railroad company, specifically the Southern Pacific Railway in 1880.  The origin of the town’s name is not completely clear.  Some attribute it to a Delbert Lord, Chief Engineer of the Southern Pacific Railway, others to Dr. Charles Lord, an Arizona merchant who established a banking and wholesale business there.

It was a key stop on the Butterfield Stage Route, which ran from the 1850s to the outbreak of the Civil War.  This route ran from Missouri to California and had the US Mail contract for that period.  The southern route was attractive because it avoided the worst of the winter weather.  At its peak, the Butterfield line had 800 employees, 250 coaches and used 100 horses and 500 mules.

During World War II Camp Lordsburg housed Japanese-American citizens in an internment camp (1942-1943).  Later it became a Prisoner of War Camp for German and Italian prisoners from 1943 to 1945.

Lordsburg High School is home to the Maverick. 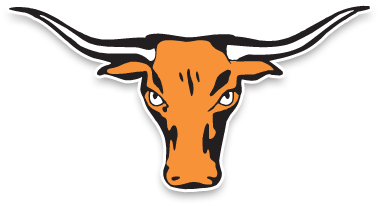 Lordsburg’s football program is usually competitive.  In 5 state championship appearances, the Mavericks have taken the title once (2006) and lost four times (2009, 2003, 1990 and 1986).  Lordsburg has the distinction of breaking up Animas’ state record winning streak by downing Animas 9-8 in the 1990 regular season, though Animas got its revenge by winning the championship game 36-0.